Applied Game Theory is the Source of Winning Digital Engagements 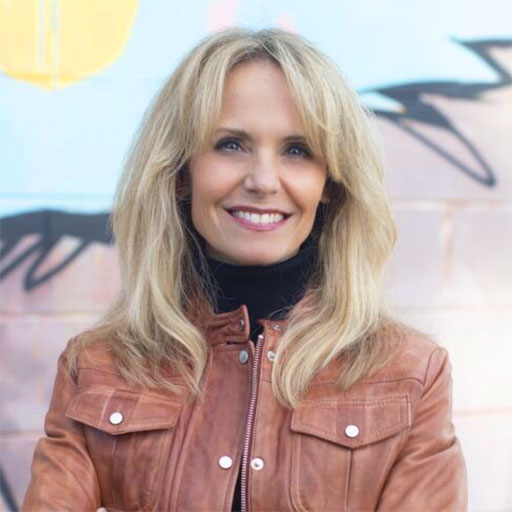 At the start of every new year (or, to be timely, let’s say the beginning of every new quarter), someone pledges to start exercising. Maybe they set a goal to run a couple of days each week because the weather is finally nice, and pool season is around the corner. Perhaps they have set a goal to do a local 5k. Maybe their doctor suggested it. Or it’s possible they just got inspired seeing a neighbor laced up and jogging down their street every day. Whatever the reason, just a few weeks later, one of two things is bound to happen. Either that person quits running, tired of the obligatory nature of their new activity, or they start feeling genuinely good and hungry for the positive effects of the exercise.

The scenario is an excellent model to explain the powerful difference between extrinsic and intrinsic motivation. Even if the person began their new activity because of the extrinsic motivators around them, it is almost sure that they will only keep doing it if they develop an intrinsic desire for its reward. Driven by their enjoyment, they may be a runner for life.

The scenario is transferable to most situations—people generally start an activity based on extrinsic motivations but continue them because of the intrinsic ones they discover. And striking that balance is critical to any business working to build a productive digital engagement strategy.

The tension between extrinsic and intrinsic motivation is one of the reasons video games are so successful. Games are designed to satisfy players’ natural desires for collaboration, competition, exploration, and achievement. They do that in ways that are both obvious (player versus player combat, unlocking levels, etc.) and much more nuanced (more about that below).

For the player, the first decision is to choose to play. That extrinsically-driven decision may have come as an invitation from someone (belonging) or an influencer’s game review (social proof). Even when they begin the game, the player is motivated mainly by its design. They get hooked when they discover that it fulfills a more profound inherent need to do something like compete, explore, or progress. And mechanics within the game itself—things like progress bars or surprise rewards—keep them coming back. As that happens, desire becomes intrinsic, and their relationship with the game becomes ‘sticky.’

The same extrinsic/intrinsic behavioral triggers that make game mechanics successful are at the center of Applied Game Theory™ (AGT™). AGT takes deceptively simple behavioral science-based concepts and translates them into strategies for building delightful digital engagements that people want to come back to over and over again. In doing so, AGT enables companies of all kinds, in all types of digital environments, to use their User Experience (UX), User Interface (UI), and content to captivate audiences and move them to take needed actions.

AGT is not gamification—it’s behavior science and engagement

What does that mean, really? And what does it take to make it work? While AGT is incredibly sophisticated, we can boil it down into five fundamental steps:

Let’s take a moment with each one.

Step one, define the goal.

Any successful engagement begins with defining what the business needs to accomplish. Perhaps you are trying to build a customer audience for a new product. Or you’re promoting a cause and need to bring people into a productive conversation. As in any strategic goal-setting exercise, you must begin by defining the target outcome and the metrics you’ll use to determine its success, then build (and iterate) from there.

Once you’ve got the goal defined, it’s all about reverse engineering. Start by considering the actions you need your audience (players, buyers, constituents, etc.) to take to create progress toward your target outcome.

Never forget that branding, marketing, and sales are conversations. It’s critical to take the time to understand who your target audience member(s) are. Not just demographically but behaviorally as well. What are their desires, fears, and biases? Most importantly, what motivates them?

Traditional marketing and sales tend to focus on personas, framing the people who are most valuable to the goals of a business, campaign, or offering in traits that inform language, design, calls to action (and more). Game work frameworks are built around users and players, but the philosophies and use cases are highly transferable. Two of the game theory models we like best are Richard Bartle’s Player Type Models and Andrzej Marczewski’s User Types. Both provide valuable descriptions of individuals that center on intrinsic and extrinsic motivators such as risk avoidance, conformity, joining behaviors, or exploration.

To help drive home the difference between using demographics and behavioral psychology as the sole sources of information for building personas, consider this—Candy Crush is played around the world by people of all walks of life. User statistics show that the target player is around 35 years old and female, yet we all know grandparents and young kids who love the game. That’s because the interface considers not who is playing but rather why. It satisfies intrinsic drives, not an identity on paper. The insight informs how game designers build environments to satisfy the triggers and habits of the users they want to engage, so they will want to play again and again.

Similarly, AGT dictates a 360-degree understanding of a target audience before a single functionality is put into place. For example, who will interact with your platform? What problem are they trying to solve? What motivates them?

By considering personas through player and user type lenses instead of straightforward and well-trod personas, AGT adds a layer of understanding about target audiences that can make all the difference in conversion metrics because they will feel like you satisfy their needs. (Because you do.)

AGT addresses the user’s need for engagement and provides sustained feedback and reinforcement to extend that engagement. It employs design, content, and response mechanisms throughout the digital environment with behaviors in mind. And each experience concludes with the outcome that satisfies your target audience member, incentivizing them to want to return time after time. Whether that’s a reward, some new learning, or a sense of competitive accomplishment, you’ve helped them feel like the engagement has been successful. And they will be more likely to internalize the motivation to return.

Say you’re growing a buying audience for a new D2C line of soap that promises to help remove one pound of plastic from the ocean with the purchase of each bar. You have an inspiring narrative and some awareness but minimal sales. Your target goal is to grow a relevant and repeat consumer base. Thinking about the challenge through an AGT approach could mean you take these three steps:

While the scenario may seem straightforward, it works because it considers multiple engagement points. For each point, it builds the engagement through a knowledge of what UX, UI, content, and mechanics will trigger the audience (extrinsically) and hook them through (intrinsic) fulfillment. And that is where the behavioral considerations come into play.

Step five (and beyond), monitor, measure, and iterate.

As you’ve read, there are a host of reasons why AGT is such a powerful strategy for building and sustaining digital engagements that drive results. Not least is the fact that it is anything but a ‘set and forget’ approach. Just as video games keep people coming back by continually using player data to update environments, challenges, and rewards, AGT requires consistent monitoring and fine-tuning.

There’s no excuse for not using data to improve your digital interfaces and experiences. Data is plentiful and varied. Monitor the most critical points to track how people engage with your digital environment. Next, employ the insights to make continual, iterative updates that are meaningful to your most valuable audiences. Finally, measure how those interactions drive toward your business goals.

By mixing extrinsic and intrinsic motivators, brands can create an immediate, intense reason to engage immediately and over the long term. But, as with any resource that has the power to change behaviors, it has to be used responsibly.

Dragon Army developed our proprietary AGT methodology with positive outcomes in mind, asking first and often what the real value is to the people you want to engage initially and in an ongoing relationship. By knowing and solving their real needs, we solve the real needs of our partners. It is motivational, valuable, and impactful to everyone in the engagement relationship.

Already, we are integrating AGT into powerful strategies for a handful of partners. The work is encouraging diverse audiences to have complex dialogues about critical but sensitive topics. It is reshaping online support interactions to position a legacy brand for a whole new level of competitive differentiation through customer success. It is even influencing how we design and develop interactions that increase brand awareness and affinity for new and long-beloved television programs.

If you’d like to learn more about AGT or how our partners are finding success with the strategy, we’d love to hear from you. Email Jenn Leahy at [email protected] to start improving how you motivate your explorers, achievers, collaborators, and competitors.