MLK as a Role Model for Business 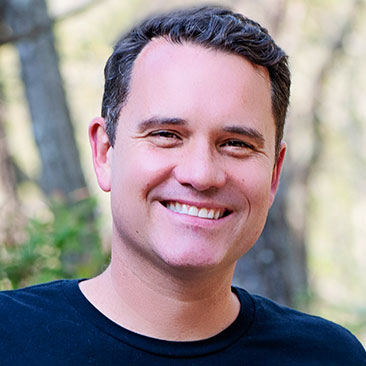 Thinking about our enduring commitment to Celebrate Diversity as we celebrate Martin Luther King Jr. Day 2021.

This evergreen statement is a repost. While we have made slight updates, it is as true today as when our founder, Jeff Hilimire, wrote it years ago.

MLK Day 2021 is 58 years since Dr. Martin Luther King, Jr. led his famous March on Washington. Standing on the steps of the Lincoln Memorial, as the world watched, Dr. King gave his famous “I Have A Dream” speech. In his dream, Dr. King spoke of life, liberty, and the pursuit of happiness for all — regardless of their race, religion, or background.

At Dragon Army, we stand for the ideals that Dr. King compelled the world to see; that all people are to be respected and cherished for their diverse backgrounds, not discriminated against because of them. He started the march. It’s our job to continue it.

Today, Atlanta strives to carry on Dr. King’s dream, and that’s one of the many reasons we love this city. It’s a bustling, growing metropolitan that credits its rise to its diverse community, not in spite of it. Atlanta is home to The Center for Civil and Human Rights, and it is home to the Atlanta BeltLine — the most extensive transportation and economic development effort this city has ever seen, and among the largest, most widespread urban redevelopment programs happening in the United States. Atlanta is also a tremendous business community whose bedrock is home to the Civil Rights Movement.

If you believe, as I do, that companies have a responsibility to do good in the world and give back to their community, then there’s no better place to run a business than Atlanta, Georgia — the birthplace of Martin Luther King, Jr., and the region where he made his biggest impact.

After fighting for human rights for all Americans, Dr. King began to focus on employment and corporations as the next evolution of equality. He believed that companies have a responsibility to be forces of good in the world and that their influence could make a powerful change. We share the same beliefs at Dragon Army.

As CEO of Dragon Army, a company headquartered in Atlanta, I believe I have a responsibility to not only rally my team to support our community, but also expose them to new ideas. To challenge their built-in stereotypes and prejudices, and to expand their ability to accept and cherish the differences in their peers.

One of our company values is “Celebrate Diversity.” We believe that diversity is key to our ability to build a strong, accepting culture. Diversity in backgrounds, experiences, demographics, and viewpoints. We celebrate our differences and see them as strengths that help us move closer to creating a better world.

Reflecting on the last 50+ years since Dr. King was so unfairly taken from us, I recall the speech that Bobby Kennedy gave the evening of April 4th, 1964. He said:

What we need in the United States is… love and wisdom, and compassion toward one another, and a feeling of justice toward those who still suffer within our country, whether they be white or they be black.

We all have heroes, people that we look up to for inspiration and guidance. Martin Luther King, Jr. was a hero to all of us. Not just as citizens of Atlanta or the United States, but of this great world in which we’re all connected. He was a beacon of light and hope, taken from us too early, and it’s incumbent upon us to follow his lead.

He started the march, and it’s our responsibility to continue it. Beyond our commitment to “Celebrate Diversity,” another way we are taking on that effort is through The A Pledge. Check it out. Ask questions. Join us.