A Communication Secret Sauce: The Power of Meta-messaging 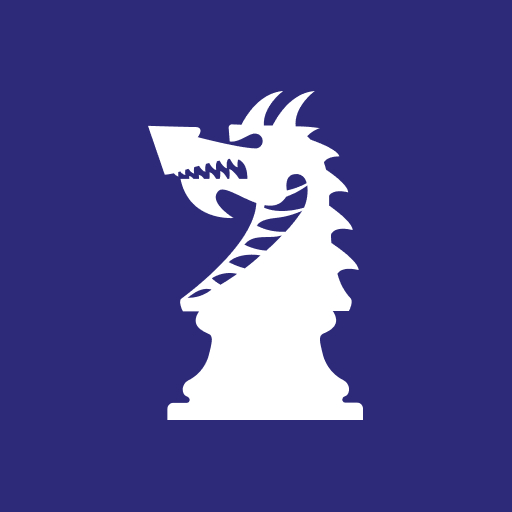 You’re probably familiar with the concept of bias, its various forms, and its impacts. Bias impacts how we think, make decisions, interact with others, and generally behave. For marketers — content and engagement creators in particular — understanding bias is critical. Whether it’s one-to-one or one-to-many, communication is a two-way relationship. We produce content and put it into the world, someone receives it, and then they decide what to do with it based on their own unconscious and cognitive biases. What that means is that a massive amount of communication happens “between the lines,” in nuances that can dramatically influence how it gets processed and used. Those elements are called meta-messaging.

Meta-messaging is like the squirly cousin of bias — less understood, hard to control, and as likely to ruin your dinner party as to entertain. It is secondary-level communication that makes all the difference in how your content is received and interpreted.

How Bias can Shape Perception

There are many ways that bias can influence how your readers receive, process, and act on your content. For example, similarity bias will shape how your audience listens to your communication, understands your point of view, empathizes, and determines how honest they think you are in your desire to connect with and help them. Expedience bias is a common heuristic that your audiences use to conserve mental energy by processing your messages through their own readily available, recallable information, driving them to jump to conclusions and decisions that you may have never intended.

Even if you’re unfamiliar with these slightly less discussed biases and heuristics, you’re likely aware of unconscious bias, social stereotypes that individuals form about others who are outside their own social or identity group. By definition, because these biases exist under the surface, they can be counter to our conscious values but still have massive power to influence our thinking and behavior. And they absolutely impact how your audiences will take in and use your communication.

No matter how hard we might work to identify and mitigate them, the reality is that everyone operates with a host of unconscious and conscious biases. Many of them are ingrained (though that’s not an excuse to allow harmful unconscious biases to influence our actions) and many heuristics are necessary just to manage the countless number of inputs we take in every day.

Marketers, by definition, are tasked with communicating. Our audiences could range from a single individual to a group of people across the globe. Knowing that the success or failure of our messaging hinges on the clarity and quality of our content, as well as on how our audiences take it in, what control do we have?

You’ve heard the phrase, “read the room,” right? In the case of marketing, the “room” is metaphorical, but the main idea is the same — pay attention to the feelings and preferences of the people who are likely to consume your content. To do that, you need to know and understand who’s listening and responding to what you’re about to say.

Preparation is where successful meta-messages are born. Before you begin to create content, get to know your audience(s). Don’t stop at a traditional demographics-based marketing persona. Go deeper into psychographics and behavioral drivers. What motivates your audiences, and why? What do they fear that might inhibit them from “hearing” your message? What do they already believe about you (true or not) that might influence what they do with your content? What processes do they already rely on when they’re quickly acting on information without deep consideration? And what definitions of success are driving their thoughtful responses?

All those considerations are necessary. As an example, the video game industry does this kind of audience profiling particularly well. Influential engagement specialists like Bartle and Marczewski have classified players by persona based on the motivation they are bringing to the game space. And that depth of understanding is one of the reasons why video games hook people into playing — the scripts, characters, environments (and more) resonate with each player.

How to Develop and Test Meta-messaging

You can gather this level of granular information in a few ways, including:

Once you have taken the time to understand the people who comprise your audience(s), you can build the meta-messaging lenses for your content. These considerations allow you to confirm (as much as possible) how to craft and disseminate content that audiences will take in and act on as you intend. As you build that strategy, attempt to consume your content as your audience would. Ask questions about it that align with the likely biases they will bring to it as they receive it, and confirm whether it honestly feels like it’s for them.

If you can’t confidently predict how your audiences will receive and act on your content, it’s not ready to have the impact you need from it. And if that’s the case, your brand is at risk of coming across as didactic and insensitive. The implications for your organization are not small. Not least, the relationship that marketing and content are meant to create and nurture will not take the form you want or need. You’ll miss out on the chance to deepen brand affinity and accelerate engagements. And make no mistake, those will impact your reputation and bottom line.

Over the past year, Dragon Army has been working with one of the most respected international civic organizations to build communications strategies to support safe, free elections and democratic norms. In addition to thinking about straightforward information and education, communication channels and formats, and where we would be able to reach target audiences, the messaging strategies have zeroed in on how people are likely to respond. What we need to convey is the simple part. How it is received is the important part.

That meta-messaging work has involved deep conversations with subject matter experts, surveys, and constant reading and research. We’ve asked what seemingly innocuous message/words could trigger retaliation, and if that happened, who might be at risk. We’ve tested communications to determine the many possible ways that rampant biases could cause people to ‘read between the lines.’ The result is content that can feel a bit sanitized but is resonating well because its audiences are able to take it in as it’s intended.

At the same time, we’ve been working on rebranding a multi-billion dollar enterprise. Its corporate structure is polished and sophisticated, but the heart of the business (and therefore its revenue center) is blue-collar. Initially, the rebrand leaned in a direction that was visually stunning and high-minded. Research interviews and surveys, however, revealed that a design-led approach not only would not resonate, it actually was likely to frustrate target audiences because its meaning wouldn’t immediately register.

By listening for the nuances that define the legacy of the company and its stakeholders (and their heuristics and biases), we were able to uncover a much simpler and clearer direction. The messages and images honor a culture of tenacity and pride before product sophistication and operational excellence. The moment that understanding became clear, it influenced the nuances — the simplicity of the logo form, choice of color, the reading level of copy, use of “you and we” instead of third-person language, and more.

The point of both of these cases? Straightforward messaging and images tell the brand story. The meta-messaging connects it to the people.

Who would have thought that so much power exists between the lines? Meta-messaging is as, if not more, important than the messaging itself. It’s where you show you’re attuned to your audiences. It sets your UI, engagement mechanics, and copy apart from other organizations that tell rather than listen and deliver.