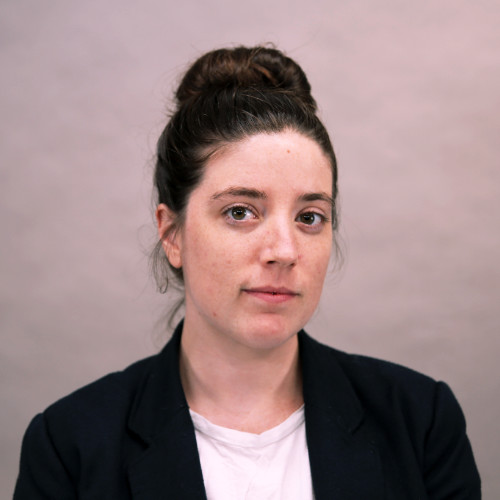 The past year has brought a massive wave of change for all of us in terms of how we work, entertain ourselves, and interact with others. You’ve undoubtedly seen increased coverage about virtual worlds — the metaverse —  as big brands try to tap into this newly created audience and marketplace through virtual events or minting and selling virtual goods otherwise known as NFTs.

An NFT (non-fungible token) is like a contract. They are digital assets built off of blockchain technology (a publicly available digital ledger) that hold value. The term non-fungible indicates that the asset is unique and cannot be traded for something identical. Think of it as a one-of-a-kind digital version of something like an autographed baseball card. On the other hand, Bitcoins and other types of cryptocurrency are considered fungible, meaning you can trade one coin for another.

These three letters have been popping up with increased frequency and the industry is buzzing about how to hop onto this revenue generating, emerging tech, meme-inducing train.

Exactly what is an NFT?

To understand the purpose of NFTs and determine whether they are worth any time or monetary investment, let’s break down a few of the core concepts of NFTs and explore the arguments for and against dipping your toes into these deep tech waters.

Most NFTs are built off of the Ethereum blockchain, a community-built technology behind the cryptocurrency ether (ETH), which allows storage of additional information in the form of unalterable smart contracts to track digital ownership. Ethereum was the first blockchain to the NFT party. As such, it created the standard that we use most frequently. Every time a digital asset sells, the transaction is logged as a chain of identifiable data blocks. The process ensures the authentication of each digital file and open access by anyone.

Here’s where the fun really starts. Nearly anyone with a bit of Ethereum stored in a crypto wallet, an internet connection, and an idea for a digital thing can create (or mint — like a coin) a digital asset as an NFT. This process includes detailing how future ownership is managed within a ‘smart contract’ that is stored on the blockchain. Digital creators can include rules in the smart contract to ensure they earn a percentage of all future sales, protecting their ownership.

Looking at the world through NFT-colored lenses.

Let’s put these concepts into a real-life example.

Imagine you are a member of the band Wyld Stallyns (the greatest band of all time). You’ve just released a music track that will change the world. You’ve recorded and pressed a record. A fan purchases the record at a show for $20 and enjoys it for a while after that. At some point in the future, that fan decides (for whatever reason) to sell that once-popular record to a local music shop for $15. A few months later, that music track explodes in popularity after being featured in an impossibly hip TV commercial. The record store sells the (used) record to a new fan for $30. They’ve increased the cost of the item because culture has deemed it to be worth that much (and people will pay that amount).

Here’s the rub. Wyld Stallyns would not see a penny from any of the sales that happen after the original. If they minted that record as an NFT, however, they could receive a percentage of all future sales of that record — because they detailed it in the smart contract. Multiply their percentage by however many copies made it into circulation, and you can see how this new economy could really take off.

NFTs, Etherium, blockchain, and smart contracts represent a massive shift in how purchasing economies have traditionally operated. And it’s one of the reasons why these concepts can be quite difficult to grasp. Ownership will always be part of the equation in value creation because it’s a way that collectors and fans can have a personal stake in artistic legacies. What’s changed is that more and more people are assigning real monetary value to digital assets, not just physical ones. And systems, like the Ethereum blockchain, are facilitating 1:1 relationships between sellers and buyers of these goods.

New and nontraditional marketplaces (like cryptocurrency) were built on the idea that technology could disintermediate transactions — cut out the middleman. Let’s go back to Wyld Stallyns for clarity. Traditional royalties are controlled by and split between multiple parties (the record company, label management, etc.), with a very small amount going to the artist. In this new “ownership economy,” the users support the platforms with ideas, code, and community-building. In the end, the network is more resilient because the platform was built by the community using it.

But NFTs are not all roses.

The NFT model sounds dandy but there are still some kinks to work out. The first is the negative environmental impact caused by minting NFTs (and most kinds of crypto). By their nature, cryptocurrency transactions take an exponential amount of energy to produce. In fact, a single cryptocurrency transaction consumes as much energy as 700,000 Visa transactions. This is due to the fact that each NFT transfer contains multiple transactions that demand enormous levels of coal-produced energy. The result is an environmental impact equivalent to someone flying for two hours.

As large world economies start to shift investment toward clean energy production, however, this problem starts to look solvable. For example, there are ventures in the arctic north where crypto miners are using hydroelectric power to fuel their production. And in Wyoming, miners are seeking ways to use leftover burn gas to power their operations, using what otherwise would be considered waste. And Miami just announced that its mayor has extended an invitation to the world’s crypto miners to use the city’s clean and cheap nuclear energy. All of these investments in clean energy production are slowly swinging the pendulum in favor of continued crypto usage, furthering the argument that decentralized digital currencies are not going anywhere.

The second potential hurdle to NFT adoption is a two-parter — security and tangibility. By definition, NFTs are digital. Nonetheless, they have to be stored somewhere, most often on a real server (most likely owned by a startup). Most NFT marketplaces are set up to sell a verifiable URL link to the digital file, which is stored on a server. What happens if the startup that owns the server goes under? Hypothetically, you lose access to the digital file when the servers shut down, making it a somewhat risky investment.

Bringing NFTs to the real world.

Big brands are jumping on the fast-moving NFT train in an attempt to capitalize on the trend. Most are using the tech to sell collectors’ items. Digital packages are sold in tandem with real goods to try and bolster the value of that item. An auction house responsible for selling the first new Ford Bronco (and a handful of other cars) is selling off NFTs of each car. Each “package” comes with an exclusive video and images of these collector’s items. They’re betting that in a few years, when NFT versions of collector’s items are commonplace, the items will appreciate in value (similar to baseball cards). Even Gucci has jumped in, creating an NFT of a 4-minute video that captures one of its iconic fashion shows.

But perhaps the best argument for brands to get in on the game is through behavioral incentive programs. Brands are creating ways for consumers to interact directly with them and rewarding the behaviors they want to see with cheap digital rewards in the form of NFTs. For example, if you were running a platform that publishes content that you want more people to consume, you could build a (crypto) reward system that allows users to earn more tokens the more videos they watch. Those tokens could get them to the next product tier or provide some other incentive to keep engaging.

NFT technology might seem like a flash in the pan, but there’s no doubt that it’s an indicator of a large shift in human behavior toward immersed digital lives. News of companies getting massive amounts of funding to build blockchain-based gaming experiences is popping up on a weekly basis. In his 2011 theory, The Great Stagnation, economist Tyler Cowen argued that we’d hit a technological plateau and that it was contributing to weak economic growth. While Cowen’s theory has felt real over the past decade, the emergence of new technologies and thinking seems to be awakening the world to these interesting, once grassroots or fringe ideas. And this progress is going to influence our global financial systems.

While exploring new technologies like NFTs might seem risky, the potential benefit is huge. And even if it doesn’t earn you enormous amounts of extra money, it could very well equip you with the knowledge and experience to be a player in this new and exciting space.

We’re planning a special virtual event this summer, when we’ll go even deeper into the NFT rabbit hole. Want to join? Not already subscribed to our newsletter (ahem, why?) No problem. Email [email protected] to get a first invite.